Friends, we lifted up a few names of people who risked their lives while speaking up against the injustices they witnessed or experienced themselves. During this month I will share with you stories of persons whose stories are less known but their contributions were equally meaningful.

One such name is Claudette Colvin -- a civil rights activist in Alabama during the 1950's. At the young age of fifteen, Claudette refused to give up her seat on a bus, months before Rosa Parks' more famous protest. Claudette refused, saying, "It's my constitutional right to sit here as much as that lady. I paid my fare, it's my constitutional right." She was arrested and became one of four plaintiffs in Browder v. Gayle, which ruled that Montgomery's segregated bus system was unconstitutional. You can read more about her story by clicking here. 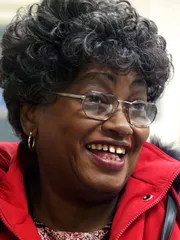 While her role in the pursuit to end segregation may not be widely recognized, her former attorney, Fred Gray, told Newsweek, "Claudette gave all of us moral courage. If she had not done what she did, I am not sure that we would have been able to mount the support for Mrs. Parks."  These are powerful words! They made me think about the role of trail blazers! No, not the one whose names we all know, but the one who went just before them to prepare the ground for the work to be done! They mostly go unnoticed. They rarely make national news. But they are the ones who got the ball rolling and people thinking. This does not mean that the work of the ones after them, Rosa Parks in this case, is not as authentic. It truly is! But, the work of Claudette Colvin was equally important.

Beloved, we may find ourselves in the role of Rosa Parks many a times in our life-time, but every once in a while, we may be called to be Claudette’s in this world! We may find ourselves in a position where we will barely get to scratch the surface in revealing an injustice, but in that role we may be preparing many to have the courage to stand up against that injustice at the next opportunity.

May we always be prepared to do what is right -- whether we are called to be a Rosa Park, a Claudette Colvin or remain unnamed. May we remember that we do the right thing -- for the right reason.

People of God, let us remember to build one another in a way that frees them, and us, to live authentic lives. Let us love one another, support one another, and of course, pray for one another. Prayerfully, I remain your partner in justice. 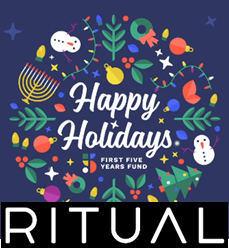